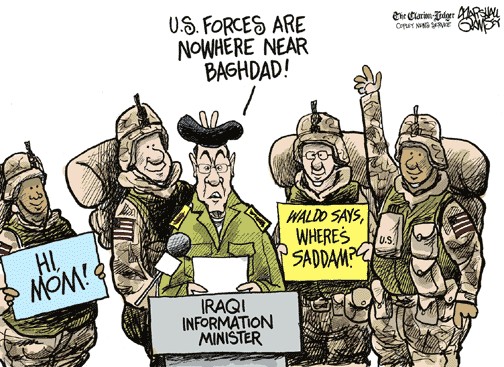 Well, it's been 3 days since I managed to blog anything, sorry if you've been coming back and finding nothing new here... This week has just been hectic! We're in the final prep stages of this project. Just doing some fine-tuning, documentation, and training manuals before we put it all into crates for shipping. Our biggest concern is forgetting what all we had to do to make this thing hum, when we finally get it back on the ground and unpacked! I'm still working on the photos from last weekend. There were a bunch, and trying to get rid of all the redundant and crappy ones takes time! We're taking the weekend off, so I'll work on it some more (between naps!) Speaking of pics, I've made a screensaver that you'll be able to download and it will automatically pull pictures down every day and use them for a screensaver. I'll make a link to email me and request to sign up. It's a free download, and you can buy additional photos to add. Very cool thing! The link will be over there <----------, so watch for it this weekend... More later!

Been a couple of days since I've been back here, hope people didn't give up on me updating this! Shelley left yesterday, and we had a great weekend while she was here! We spent Saturday and Sunday in NYC, seeing all the sights we could in that brief time. I'll get some pictures up later today. In the meantime, here's a funny website to keep you occupied! http://welovetheiraqiinformationminister.com
- posted by Scotti @ 4/15/2003 11:59:22 AM

Ok, so only a few people knew what a babelfish was... READ people READ! =) Obviously I didn't get a chance to blog (btw, blog is just a geeky term for posting to this website, just fyi) ... (btw... BTW = By The Way, FYI = For Your Information (unless you're Italian, I just learned today, it means something else... something not nice...) ...where was I? oh yeah... Today was our first demo of the abilities of the network we're building. The outfit that is looking at this is called SEEBRIG, and if you're interested: http://www.seebrig.pims.org To everyone that I haven't adequately described what I'm doing, basically I'm handling the network administration of a communications network that includes a satellite uplink, HF and VHF radios, and wireless 802.11b networks. Interspersed in the network is digital and analog phones, and field radios/phones. SEEBRIG is a big political pot, with seven countries putting in money AND their own .02, which makes quite an undertaking, and quite an achievement. The network part includes and Exchange server (for email), Dell PowerVault (480 gig network area storage), two servers at both posts, with a sat link between the two and a third point to Turkey. That's about as descriptive as I can be without being both boring and revealing (some parts are company secret, some are government secret). Have I lost you yet? Anyway, the demo was resounding success. All of the questions were answered, and the theories proven. Even had a few surprises that made a few of the Turkish military guys go "hmmmmm....!"... not an easy feat, I'm told... So, I'll post some more indescribably vague pictures, so you can at least have some concept of what I'm dealing with: 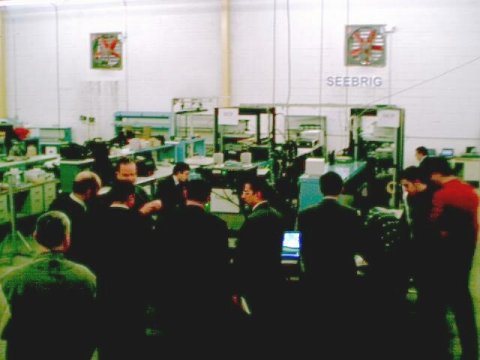 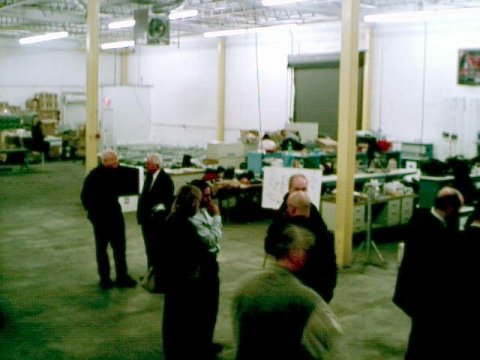 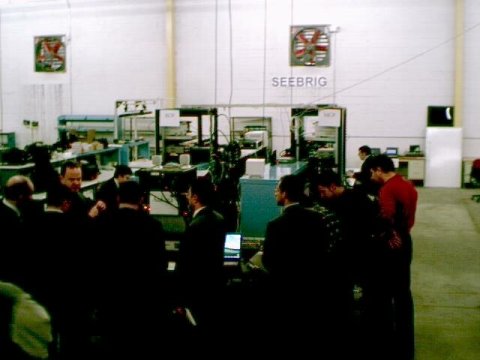 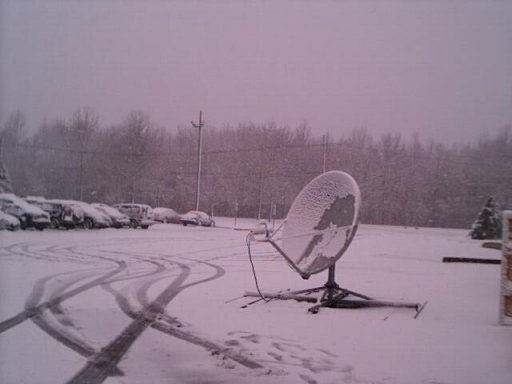 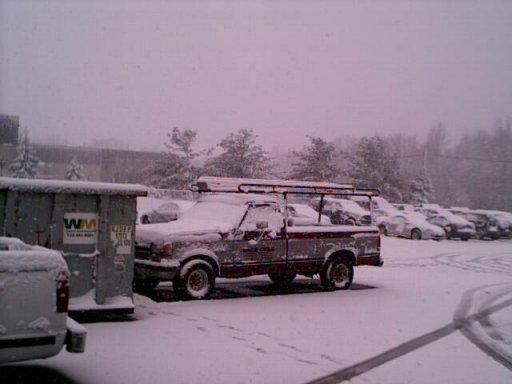 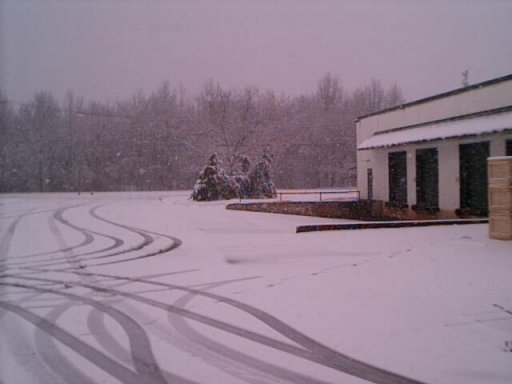 
We're bracing for 6-8 inches of snow here, but our demo is still slated to begin on Wednesday. If I haven't mentioned it, we've got a lot of the brass showing up here (come hell or high-water... or even snow...) this week, and we'll be showing this system over the course of the next couple of days. Needless to say, things are going to be crazy around here in the next 96 hours.... ...but that's ok, because Shelley will be here on Friday! =) BTW, remember how your mother always told you not to look into the sun... here's why: 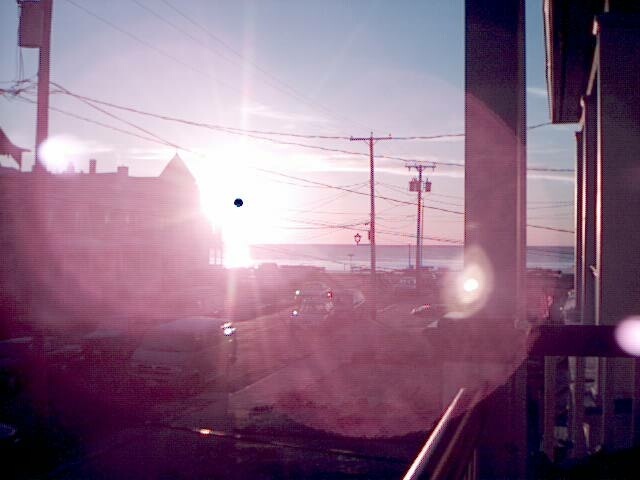 Still not sure why some things in HTML are acting so weird.. but I'll play with that later... I wanted to post a few pics, just to check usage... 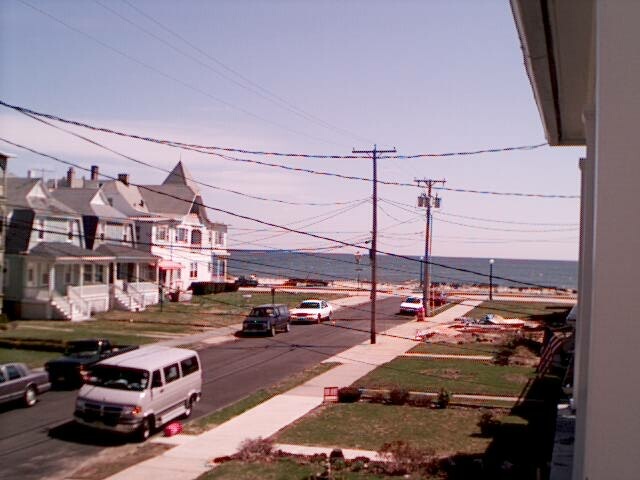 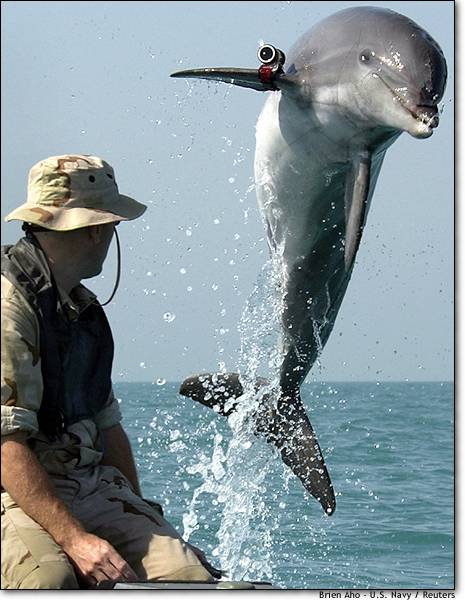 ok.. time to start posting something of consequence here. I've got it up and running, going to be playing with the template a bit, but I think it's to a point where it's useable. Now I'll just start letting those who would care, know that that it's here...

Today we made a LOT of progress on the project (partly attributable to the fact that we were the ONLY ones working in here, as opposed to usual weekday activity), and are starting to make it look a lot prettier. Right now it looks like a large robot threw up... (sorry for the imagery).

I also spent a little time working with a satellite phone rig. This unit is for when you're in the middle of nowhere, and need to talk to central about aligning the dish. Considering that you're using satellite bandwidth for the call, it runs between $3-25/minute (so they kinda frown on personal calls).

I got my toolkit the other day, and I've just got to get a picture of this thing online... it's an amazing collection of tools.

Also set up my netadmin laptop for this whole thing. Wireless and touchscreen, with SolarWinds Engineer Edition installed. Anyone reading this that is even remotely geeky should be drooling a bit... That's all I've got for now, I'll try to blog something before I pass out tonight...

Civilian shooting toll may climb No kidding. And you just can't help but wonder what the hell a busload of women and children were doing driving at a military checkpoint, in a country where the women aren't allowed to go to the bathroom without permission from someone.
- posted by Scotti @ 4/01/2003 05:24:33 AM