and about 2.5 hours before I leave for the airport. I've got everything but the computers packed, and those won't take long. It took me most of the day to get everything shipped and packed and stored... and it looks like I'm leaving just in time. My ATM cards have both decided to die at the same time. I'm not sure if that's an indication of the harsh environment or overuse... Could be the combination of the two factors, ya know!?

After a year and a week in Kuwait, I'm going home. I actually left CO to work in NJ way back in March of 2003, and haven't really had time at home except for the 10 days I spent before coming here, and then the month I was home when Ryan was born... so needless to say there was way too much going on to really get a chance to wind-down then (not that I minded that!).

I've mostly been useless to this project for the past couple of weeks ... I had "short-timer syndrome", and it just got steadily worse. It's really hard for people to rally around the apathetic battle cry, "I don't care" ... Thankfully I work with a great bunch of guys, and they picked up all the balls I dropped. In the past I've left for my other project in Turkey and Romania, and I distinctly remember having a feeling of dreading what would happen here... with this crew, I have every confidence.

Ok, time to shut this computer down, and pack it into it's styrofoam-lined box to travel the 7500 miles home. It's way overdue for a wipe (clean install of the operating system), as are all the computers that I own. However, I just don't see me taking the time to do anything with them in the immediate future... I've got much better plans on how to spend my time: 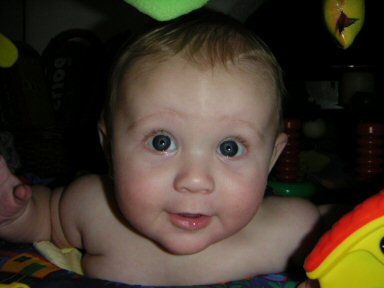 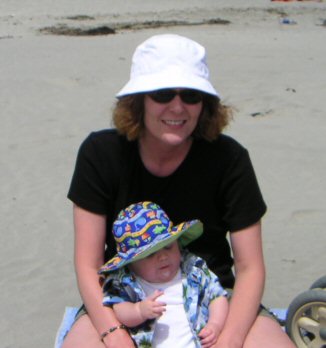 I just REALLY hope they don't make me wear a goofy hat before they'll let me play...

Love to all! See you SOON!