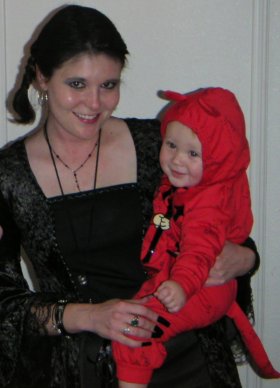 I really, REALLY hate moving. And it seems that we've always done it on or around Halloween, and it always snows: 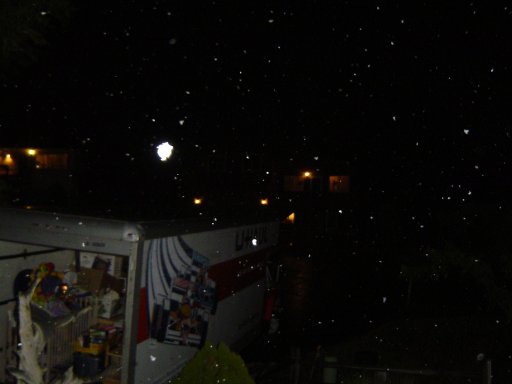 a little blurry, but gives you an idea of what the front looks like: 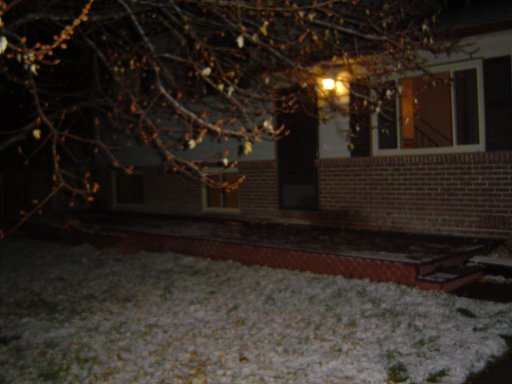 ok, have to get back to moving, but here's a few more overdue pictures 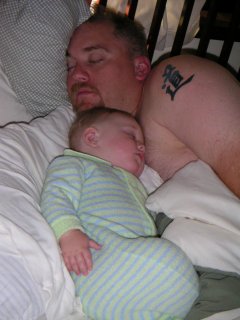 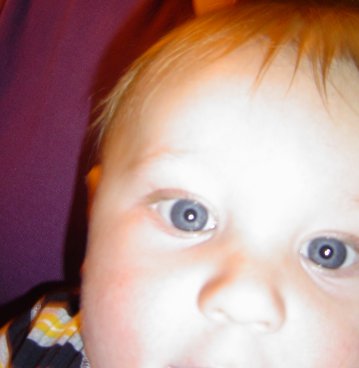 Congratulations Cardinals! See ya in the World Series! 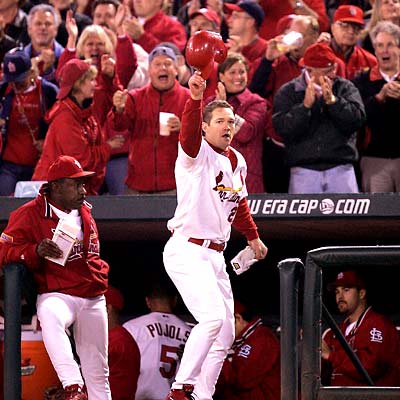 Sorry it's been so long since my last update. There's been so much going on in the last few weeks that I really haven't had much time to post anything. My mom and dad were here for a week, and since they've left we've been doing nothing but work on our next adventure: buying a house.

That's the big news, by the way. We close on our house tomorrow afternoon. So now in addition to the dozens of photos I have to get uploaded, I'll have more of the new house... I really will get that done before I head back overseas... I promise!!!

How I spent my 35th Birthday (cont'd)

... anyway, as promised, the following day was much better, simply because we woke up, had breakfast, and drove to the OTHER D&B's, which was only about 45 minutes away on a Sunday morning... it probably would have been twice that on a Saturday night, which was one of the reasons we didn't do it. The other was we were already checked into our hotel.

So we got there shortly after they opened, and had the whole place to ourselves. There was no one playing the Battletech sims, so we wandered around a bit, and found the Derby Owners Club game again. This turned out to be a lot more fun than we initially thought. Basically when you start, you have to create a horse by picking a sire and dame. You name your horse and pick your jockey's colors. Each round of play consists of a training/feeding session, race, and a brief session after the race where you praise or berate your horse, and receive gifts and additions to your stables. The round lasts about 8-10 minutes, depending on different factors.

Why am I telling you all this? Because it's ADDICTIVE! I can almost guarantee you're going to be seeing one of these in the near future, because there are all kinds of message boards and user groups online. People trading horses (you get a printed magnetic card to carry so you can use your horse anywhere), trading tips, and letting everyone know where to play the cheapest. There's an online version for your computer coming soon too, but it just won't have the same feeling. You can see what one looks like (and costs) here.

We spent a couple hours playing that, then we got to play Battletech for a bit. They have upgraded these since my last visit, and the cockpits seemed simpler. The graphics were a lot better though, and the 'mechs were a lot easier to control. I won't bore you with the details, since you patiently sat there and read the whole Derby thing...

After we had sufficiently purged the disappointment from the previous night out of our system, we hit a local computer store, then Hooters for lunch. Darryl had never been there, and it's my firm belief that every man should experience it at least once in his lifetime... I know every single female reading this right now thinks that it's all about the waitresses, but those of you that REALLY REALLY know me can attest that I'm not just making this up: I really like the food there. The wings and the grouper sandwich are probably in my top 10 favorite foods... but of course, keeping with the "Things Must Not Happen as Expected" theme for the weekend, they were out of grouper.

We made the drive back to GJ in good time, despite bad weather in different places. Other than an interesting guy at a convenience store stop that I talked to, it was fairly uneventful. The only thing that made that conversation interesting was a comment while I was looking at their music selection for sale. He held up Bruce Willis' - Return of Bruno tape and said he couldn't believe he made an album. He was a bit more shocked when I told him that he had actually made two albums, I owned them both, and really liked his stuff.

Continuing our journey, we made it back to the car rental place with about 10 minutes to spare. Finally, something had gone exactly as planned in this trip.

Shelley's mom flew up from Arizona so we could spend a night in Glenwood Springs. This was the offical "Color Weekend", where all the leaves are supposed to be changing, making for a beautiful view. For some reason, I waited until the middle of the week to make reservations, and all of the places we usually stayed were booked. I did find a B&B that had a wedding cancel at the last minute, so she had the "best room in the house" available...

Unfortunately, it seems that the curse of "Not As Expected" was to hang with me a little longer. The B&B was disappointing, to say the least. The house was over-stuffed with "stuff", the room was tiny... our "private bath" was in the hallway (not connected to the bedroom, as "private bath" implies), and the hostess was a bit crazy. Fortunately, dinner was amazing, the company was even MORE amazing, and we made the best of it.

The next morning, after a very bland and unimpressive breakfast, we went up to the Glenwood Caverns. There's a tram ride to the top of Exclamation Point, where they have a restaurant and tours of the caverns. This was very cool, and we got lots of pictures ... which I swear I'll get posted one of these days.

I have a bit more news to share, but I'm going to hold off until everything is for sure. Most of you already know what it is, so don't think it's going to be a complete surprise... Those of you don't that know what I'm talking about, probably wouldn't be all that surprised anyway... but it's still news. More later!