In the Spirit of Christmas, I am doing what I can to spread joy whereever I go ... as always.

For example, I was at the Sultan Center (the Kuwaiti equivalent of Wal-Mart) on Christmas Day, picking up some last minute things. I couldn't find marshmallows for hot chocolate, so I opted for whipped cream. While I was standing in front of the dairy case trying to figure out the Arabic word for "whipped", a man ran his shopping cart into my ankle. I turned around and there was a Kuwaiti man (wearing traditional dress), and he said something in Arabic that I assumed was an apology. I nodded my acceptance and resumed my search. He hits my ankle again. I turn and look at him expecting more Arabic and I realize he's expecting me to get out of his way. This arrogant man in a dress has ran his shopping cart into me twice because he could not wait the 4.5 seconds it was going to take me to to find what I was looking for.

Now, at this point, those of you that think you know me well are probably assuming that I'm taking this out of context. That I have misconstrued his intentions, jumped to an illogical conclusion, and am about to react in a inappropriate manner.

I have lived here for almost a year and a half, and I have a general feeling about the people here. No matter how much they appreciate what the United States has done for them, we are still no better than hired thugs, and only a LITTLE better than the TCN (third-country national) they hire to scrub their toilets and bring them their tea. Not ALL Kuwaitis have this opinion, but there are quite a few that do... and this guy was one of them.

So after taking a second (literally) to ascertain his intentions, and another second to make sure he's not armed, I kicked his shopping cart back into him. It wasn't a little tap, but it wasn't near as hard as I could have, or really wanted. It was just hard enough to push the handle out of hands, and into his mid-section.

Judging from his initial reaction, it was NOT what he expected. After a couple of seconds he launches into a tirade of what I can only assume were threats and insults. I asked him "English?" and he stopped long enough to say "NO ENGLISH!" and resumed his tirade. I saw a stock-boy run off towards the front of the store and I turned back to the dairy case to get the whipped cream, bracing myself for another cart-crash into my ankle ... which doesn't happen. But he's still going on, so I say "have a Merry Christmas" and go to the front of the store to pay. As I'm standing in line he walks up with a manager who seems very confused, and asks me what has happened. I told him my version of events, and when he relayed it to the ankle-assaulting little weasel he denied that he had ever hit me with his cart.

At this point, I just gave up. I paid for my whipped cream and left, while they were standing around figuring out what to do next. For all I know they have an APB out for a "Tall, Blonde-Haired, Blue-Eyed Westerner with a can of whipped cream and possible limp", but I could care less. C'est la vie, c'est la guerre...

On a lighter note, Shelley got the new pictures uploaded!!! There are some REALLY good ones in there, but as we all know, I'm a bit biased... 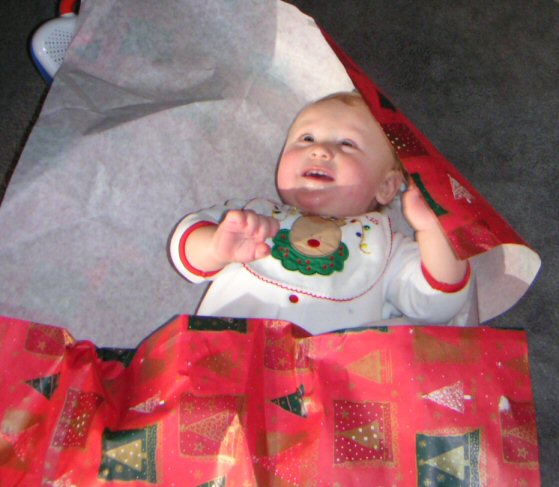 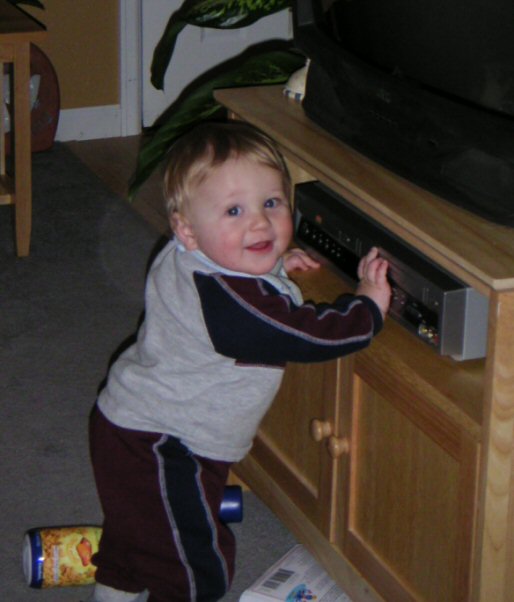 Yes, it has been over two weeks since I last posted, and I'm sorry about that. Things have been really crazy here, and FedEx taking over 9 days to deliver a crucial part that they said would only take 3 days didn't help. We just got things back up and running a couple days ago, and have been putting things back to normal since.

One of the guys I work with invested in a VOIP (Voice Over Internet Protocol) phone, and he setup a couple of additional phone #'s for us, so you can call my number in Denver and regular long distance applies (not international). The really nice thing is that all of our calls to the United States are free. Unfortunately, it relies on how well our Internet connection is working at the time, which hasn't been great lately. When it does work, however, the clarity is really good. This is something that I can see dropping the local phone company and using instead.

I've got some new pictures to upload, and I know Shelley does too. She's also planning on taking Ryan to get his picture taken with Santa Claus, which I personally can't wait to see. He's got an ear infection right now, but he seems to be handling it pretty good. She said he just tugs at his ear, and is only a little less happy than usual.

I thought I had a lot more to say, but I guess not. I'll try to be a bit more verbose tomorrow, but no promises! If I don't post anything soon, Merry Christmas!

I only have time for haiku

Work is crazy
New pictures are up
I'm so tired.

Thought I posted this yesterday... guess it didn't go up, and I never checked.

Shelley got some pictures uploaded, and there are some great ones in there, including this one, which is my new background: 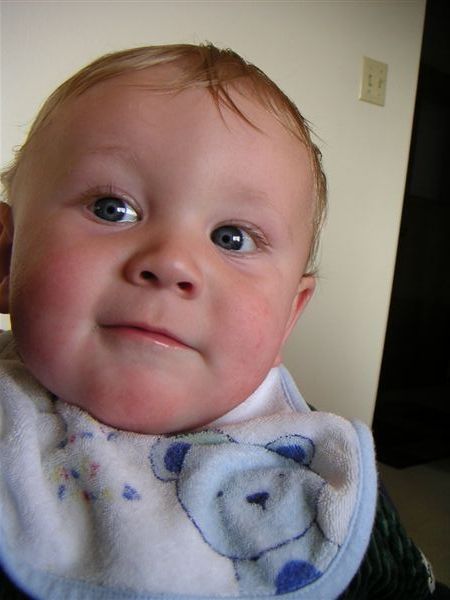 For some reason that hasn't been explained to me yet, Shelley named this picture "turkey". There's another one called "taters" that looks like he's eating... so I'm wondering if they didn't give him some turkey and "taters" on Thanksgiving... and they wonder why he's growing exponentially...

She also said she got an interesting phone call from "CC", our daycare ... ummm, person? lady? caregiver? I don't know what to call her. She's the wonderful woman that cares for Ryan while Shelley is at work. While I'm at work too, I guess. Anyway, I'll let her tell you about it, on our other 'blog.